When I was interviewing Compleat Couture about wedding gowns, I met Sandra Coen. She founded James Resource Network which is a non-profit that helps single-parent families. I know what it is to be a single parent, so I asked her to tell me more. Here is what I found out about this young non-profit.

In 2005, Sandra was not prepared to do everything for her family after her husband left. So out of the ashes she founded a non-profit to help the working-poor, single-parent families with supportive services. Sandra is working on obtainable housing for single-parent families, one family at a time. Sandra would like to move on to multi-unit dwellings so more families can create a community of support. Other plans include obtaining a vacation retreat outside of Denver to provide rest, relaxation, and new life skills. In 2012, James Resource Network won the WINapalooza Business Expo and raised awareness through the Highlands Ranch Herald.

Shopping for the socially conscious at She She’s Corner.

During the recession many people were cash poor but had items to donate to this new entity. With the abundance of upscale donations, Sandra began She She’s Corner in 2009. She She’s Corner has exceptional goods and unbelievable prices on gently loved women’s clothing and furnishings.

Giving back with your wedding in style at Compleat Couture: 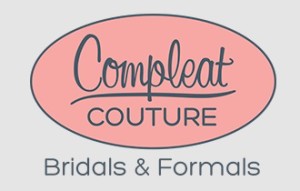 Network. By April of 2015, they opened the doors of Compleat Couture, where giving back is always in style. They provide designer gowns a great prices.

Babara Raskin Myers has a long history with weddings and charities. Barbra was the director of marketing for Brides Magazine until 1984. After, she went on to publish honeymoon guides and to work with Sandals Resorts. Barbra retired after 9/11 in New York where she worked with the Red Cross for two years. She then retired with her mother to South Carolina. There, they started a road show selling dresses. This business blossomed and in 2013 Barbra took on supporting Camp Happy Days for kids with cancer and Brides Across America, a non-profit providing designer gowns for military brides. In August 2014, Barbra got married, moved to Denver and began looking for a charity that embodied what she did. That is when Barbara found James Resource Network and began Compleat Couture.

I was privileged to meet with these lovely ladies. You can contact Sandra Cohen at James Resource Network http://www.jamesresourcenetwork.com/ , She She’s Corner http://www.sheshescorner.com/ 7562 S. University, Centennial, CO 80122
Phone: 303-779-2550

(Holly –>) Good morning Sandra. (Sandra –>) Good morning. (Holly –>) It’s so good to have you on holly’s hot wedding tips. Will you tell me about your charity James place? (Sandra –>) Yes James Resource network is a relatively young non-profit that I founded 7 1/2 years ago. And we serve single parent families in the Denver metro area with supportive services, and we’re working on our main project which is obtainable housing. (Holly –>) How are you creating obtainable housing for these single parent families? (Sandra –>)  Well we have several phases that we’re working on the first is just to obtain existing housing and putting one family at a time in existing housing but we also want to do multi-unit dwellings here in the south area of Denver. 30 to 50 units so it’s more of a community and then we also want to have a vacation retreat area outside of Denver for rest, relaxation, life skills and these families don’t get away much. (Holly –>) How did you get involved in all of these upscale couture for your charity? (Sandra –>) it was not really in the grand plan. But when I launched James Resource Network it was at the height of the recession and it as quite difficult to get a hold of dollars for brand new entity but people had a lot of stuff and not as much cash and so I kept turning to the idea of an upscale retain boutique first and everything just fell into place including commercial space being available for unknown because of the recession and so we opened she she’s corner first and she’s in the same shopping center and then I wasn’t planning on having a bridal and formal store but then Babara Raskin Myers Approached me, she was moving her charitable bridal business from South Carolina and was looking for a non-profit that understood retail and also that she would be able to align with the mission. (Holly –>) How amazing that is such a beautiful story. I personally thank you I was a single mother myself for a while so thank you for the work you do for those in need.

(Holly–>) Good morning Barbara it’s so good to meet you here at Complete Couture. So tell me how you got started in this wedding gown business and formals. (Barbara –>) Oh well I was the marketing director in Bride’s magazine in 19 something. Whenever they celebrated their 50th anniversary. It was a terrific fun job and I did a whole lot of other things in the industry and then I went on to publish honey moon guides and I did some tourism development work and the first wedding in sandals which was kind of interesting. And I retired after September 11, I lived in New York on September 11th and after 2 years, I did 2 years with the Red Cross and I retired. And my mother who was a double mastectomy survivor lived in New Jersey so we moved to south Carolina and I turned out not to be very good at retirement. We volunteered for a road show that went all over the country selling dresses and was very successful. We wound up opening a warehouse for them outside of Charleston South Carolina and I had this until 2013 and then we started to support a local camp for kids with cancer, Camp Happy Days. Mom became ill and couldn’t do it anymore and I had this big warehouse and we always did brides across America and we had a pretty good clientele because our prices were good and when I decided to come to Denver to live because I got married here last august we decided to move the store. And then we searched for a charity that we could benefit that had a big enough volunteer base and the energy to take it on. (Holly–>) Which group? (Barbara –>) James Resource Network which also own’s she she’s corner in this same mall and they’ve been established as an upscale resale store for about 7 years they had the volunteer base they had the retail know how. And they support single parent families in crisis in order to stabilize their housing in their living situation so that they don’t have to move out of the neighborhoods their children are used to and so forth, it’s a very good cause and does some wonderful things so that’s why we’re here. The profits now go to James Resource Network and additionally we do one Friday, the first Friday of every month we’re going to be doing the brides across America military gown giveaway which i also did in South Carolina. And that’s starting officially with Veterans Day the kick off will be the first Friday in November. So the socially conscious bride will know that she can.