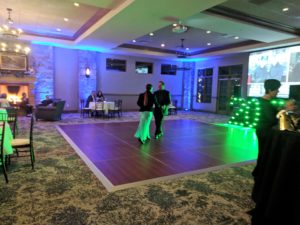 Celebrating the New Year with dance is a time worn tradition. As dancers, we donned our shoes and joined in the celebration this year. This year we accepted a generous invitation to a New Year’s Eve dance at the Columbine Country Club in Littleton Colorado. 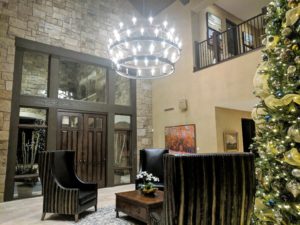 Previously constructed in 1955, the Columbine Country Club just rebuilt their club from the ground up. Craig and I were thrilled to be able to see the new building for New Year’s Eve. We arrived early and checked our coats, so we could have a look around. 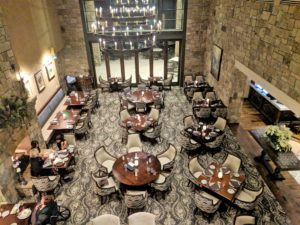 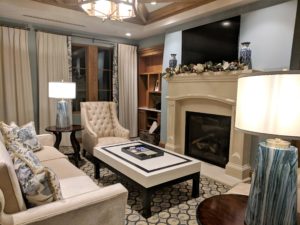 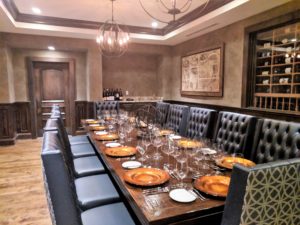 Valerie Wassail was kind enough to take us on a tour of the rebuilt club. She escorted us through the Kitchens, dining areas, private dining, board rooms, which were located on the first and second floors. Then she took us downstairs to more workout areas, indoor golf, ladies dressing areas, and wine cellar. We ended the tour back in their grand ballroom and event center. 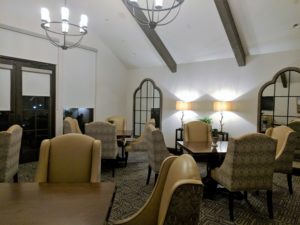 The New Year’s Eve dance was getting underway when we returned. We were greeted by event hostesses who took our coats. A dessert bar was in the center with custom winter warmer beverages. A cocktail bar was in the corner and a DJ was spinning tunes by the dance floor. 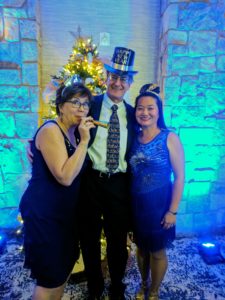 Centered behind the DJ was a big screen with the New Year’s Eve countdown in New York. Champaign was passed out and we did a 10 pm toast. Dancers then filled the floor to Cha-cha, Waltz, and rumba the night away. Line dances were mixed in like the Wobble, Cupid Shuffle, Electric Slide, and a samba line dance.

We had a great time dancing with students from Adventures in Dance on New Year’s Eve. After the final toast at midnight, we bid ado and went home. What a great New Year’s Eve dance! 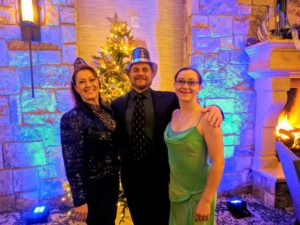