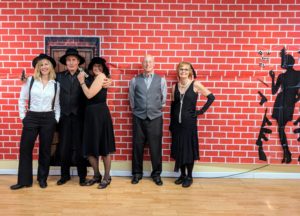 I love to dress up. So, this year I held a 1930’s gangster dance party. All my students came dressed to the nines and ready to dance 1930’s style.

But what was dancing like in the 1930’s? During the depression people turned to movies and dance. Dance Marathons were a popular entertainment. Ballroom and swing dances were all the rage. It was the age of jazz music and dance. 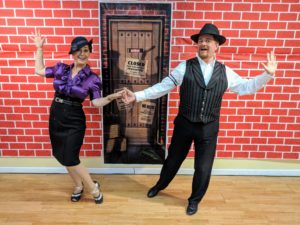 The phrase swing music came into use in the 1930’s. There were a variety of 1930’s swing dances. All these swings came out of Harlem Savoy and the black culture. 1930’s swing dances included the Lindy hop, also called the hop, the jitterbug, and the jive. 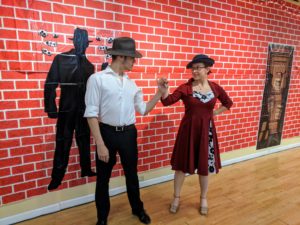 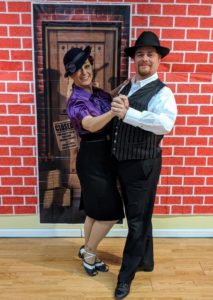 Exotic Latin rhythms made their way into the big bands and onto the dance floor. Fun party dances like conga lines invited everyone to join in the fun. Slow and sexy rumbas were introduced as a waltz box with a rhythm change to slow-ly, quick, quick. Brazilian bombshell Carmen Miranda boom chicka boomed the samba onto the big screen. From the movies samba bounced into the dance scene. 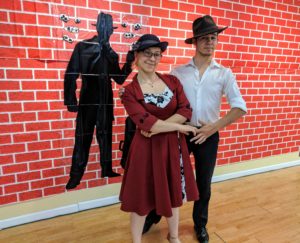 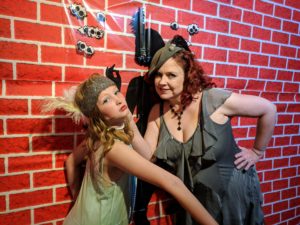 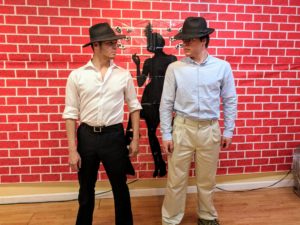 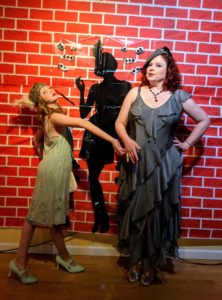