Varsovienne Waltz Dance How To for Cinderella,

Don’t you love the story of Cinderella? A scullery maid who waltzes off to become a princess. As a little girl growing up I dreamed of dancing like Cinderella at the ball. But what is the name of the historically accurate Cinderella Waltz? The Varsovienne Waltz! 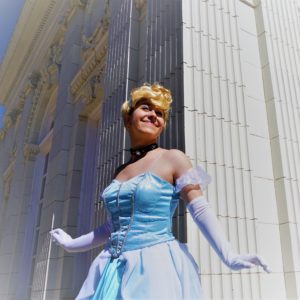 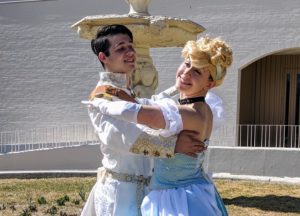 For my tutorial I looked at the writings of Thomas Wilson 1816 ,C Blasis 1828, and Edward Ferrero 1859 found in “From the Ballroom to hell.” By Elizabeth Aldrich. In my Landler I did a German version of the Waltz by Thomas Wilson. For Cinderella I will use the French version also by Wilson.

How to dance the Varsovienne Waltz:

Description of the Basic Waltz movement

Gentlemen: Rotating to the right 180 every 3 steps. The footwork is danced on a demi point with straight knees described by Wilson.

First Half of the Victorian Waltz

Second half of the Victorian Waltz

Ladies: Rotating to the right 180 every 3 steps.
1-Left foot side
2 – right foot 5th position behind left foot
3- Turn on toes to end with Left foot closed to right foot. (the German version ends left foot stepping side in 4th position with a flat foot)

Varsovienne Action in the Victorian Waltz: 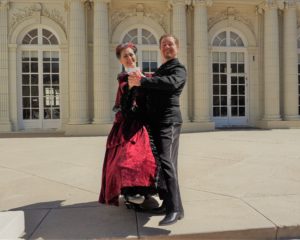 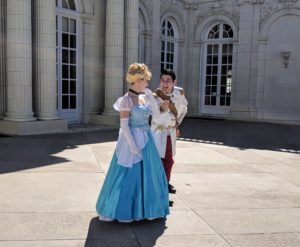 One additional custom to note. During the Victorian era the guests of honor would do a solo dance to kick off the dancing. We see this custom honored today at weddings where the bride and groom have the first dance of the night. It was scandalous for Cinderella, and unknown lady of no standing to dance the first dance with the prince at the ball.

There is nothing like a magic glass slipper to win the attention of a handsome prince at the ball. Cinderella slipped out of her shoe and into the heart of an adoring prince. Then with the Varsovienne waltz, Prince Charming swept Cinderella off her feet. May you dance happily ever after.

About our film Location, The Colorado Springs School Trianon: 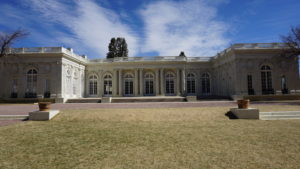 The Colorado Spring School is a private college preparatory school nestled at the foot of the Broadmoor hotel. In the middle of their picturesque campus stands the Trianon. The Trianon was built as a replica of the grand Trianon in Versailles. In 1907 Charles and Virginia Baldwin commissioned Thomas MacLaren to design the scaled down replica of this French palace. Details included the wrought iron window grilles and the library railing displays the entwined initials “C” and “V”, for Charles and Virginia. The Trianon’s one of the few remaining terra-cotta buildings in the nation. It’s edifice is steel and concrete with an overlay of white enamel terra-cotta. 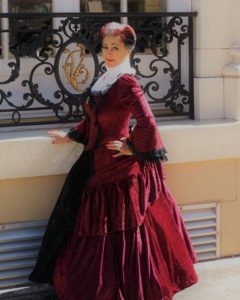 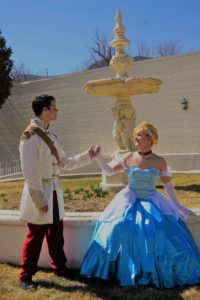 “So this is love” instrumental by David Pack. 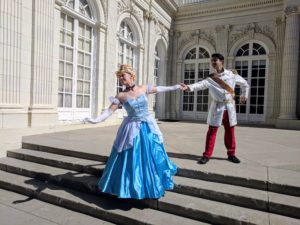 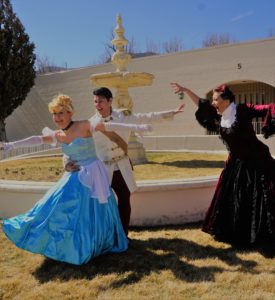 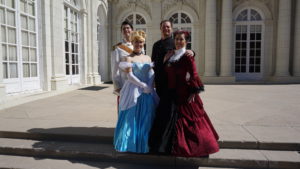