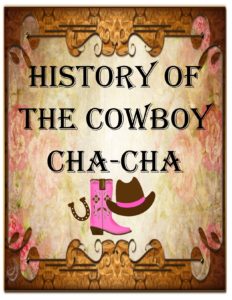 One of the most popular country dances is the cowboy cha-cha. It seems like an oxymoron that cowboys would take to a dance with Latin roots. But a wise person once said that the answer to any “when did county” do this question is “when someone was drunk enough to try.”

Cha-cha had its origins in Latin culture. By the 1950’s Americans were gaga for cha-cha. Then the 80’s rolled around, and disco line dances were wildly popular. These trends influenced the country western line dances. Early versions suggest that this traveling Cha-cha was a deviation of the original danced in a shadow position.

Most sources agree that cowboy cha-cha made a splash in the 90’s. Neon Moon hit charts in 1992 and cowboy Cha-cha made its home at western dance clubs. The cowboy Cha-cha has developed with many variations done solo and in shadow partnership position. At the Grizzly Rose in Denver it is one of the three most popular dances. 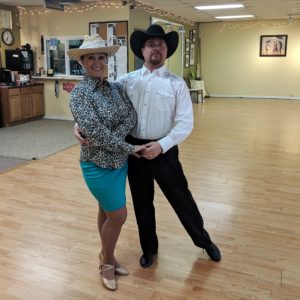 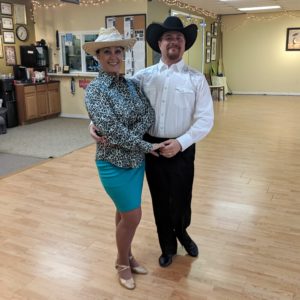