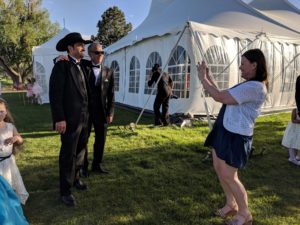 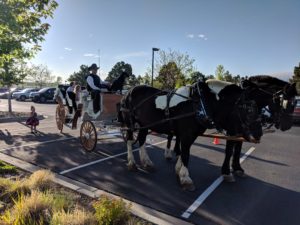 To accommodate both clubs Mel moved the father daughter dance outside to the tent at the Pinery country club. In the parking lot outside the tent a horse and carriage met happy father’s and daughters and took them for an enchanted ride around the property. When girls dismounted they entered the tent   through giant pinwheels and pink flamingos decorating the entrance. 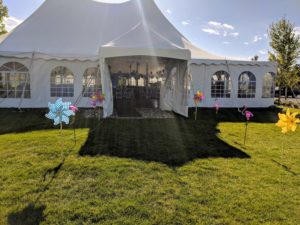 Lost in Wonderland in the Pinehurst Tent

Inside the tent guests were transported to a wonderful wonderland. Alice from Princess Ever After (link) greeted grinning girls at the door. She then sat down with the girls at Wonderstruck Photography (link) for photos with their fathers. 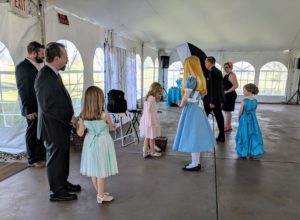 The tent was decorated with bright black, blue and white streamers and balloons. Round tables with blue tablecloths and set with tea saucers and pinwheels. The tables surrounded a black and white chessboard dance floor. To the left Adventures in Dance was rocking songs from Alice in Wonderland. D.J. Craig was dressed as the Hatter, and Holly as Cheshire. Attending girls called Holly lady cat. 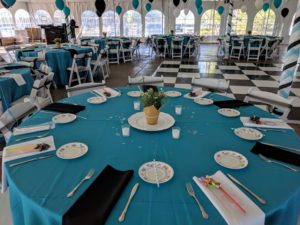 A bountiful buffet was set up on either side of the entrance. On the north side the tent a savory supper was set out. Entries included Mad Hatter’s salad Teacups to down the rabbit hole mac and cheese. Guests were dismissed table by table to pick their fare. 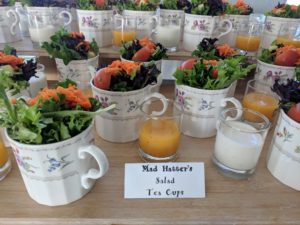 Desserts were set up on the south side of the tent. The dessert table featured fabulous wonderland themed treats. Eat Me cupcakes, the mad queen’s popcorn treats, and my favorite, Cheshire cattails. 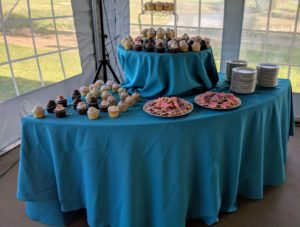 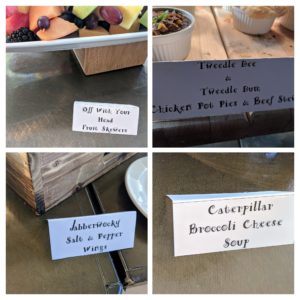 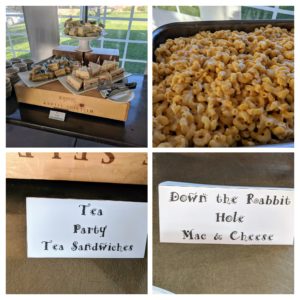 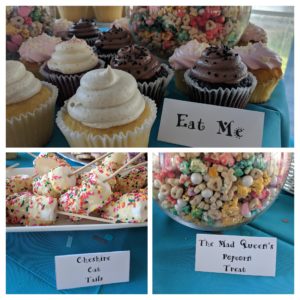 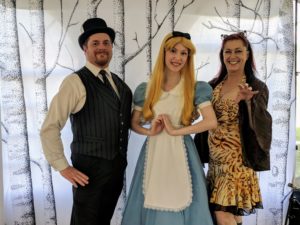 Alice took the microphone after dessert was served. She sang a beautiful rendition of “In a world of my own” from the original Disney “Alice in Wonderland.” Next, she sang “Happy birthday” for one of the daughters in attendance. Alice was amazing. 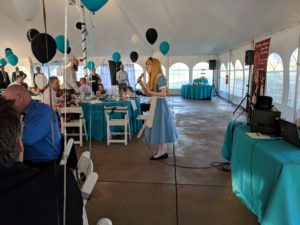 When Alice finished the cat took over. Holly as Cheshire got all the dad’s up and dancing with their daughters.  The dancing kicked off with the “Hokey Pokey,” a father daughter dance tradition. Next they danced a dodo bird caucus race to the “Turkish” Brawl. 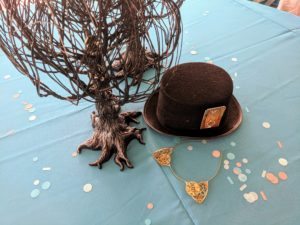 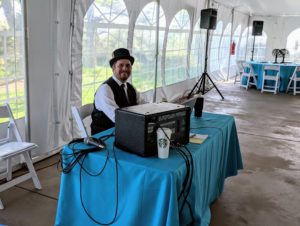 When the dance lesson was over, requests were made for social dance music. Father’s and daughters lined up to request their favorite dance tunes. Holly danced with daughter’s and Alice through the night as Craig played their favorite songs. When other line dances like the “Electric slide,” “Cha-cha slide,” and the “Cupid shuffle.” Came up, Holly directed everyone on step directions. 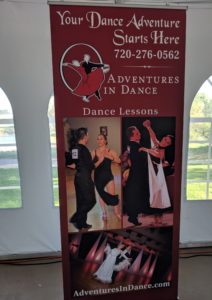 Lost in Wonderland was a fabulous father daughter dance. Mel did an outstanding job bringing together the best of everything. Fun carriage rides, a great Alice from Princess Ever After (link), photos from Wonderstruck (link), fun food by Pinehurst, and DJ with dance lessons by Adventures in Dance. I look forward to next year.