Mary Poppins Maxixe Dance How to 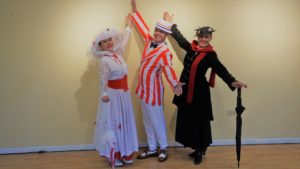 Mary Poppins sang and danced her way across the big screen. As the enchanting nanny to the Banks little prince and princess, Mary was savvy on up on all the trends of her day. The up and coming dance of Mary Poppins day would have been the Maxixe. 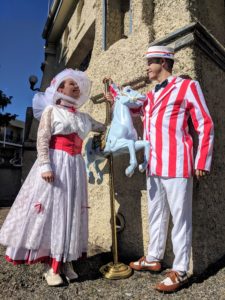 How can Mary Poppins have a princess dance? She was not a real princess. Or was she? In looking into the background of the Jolly Holiday dance sequence, I did some digging into her very Victorian white dress. It turns out her white afternoon dress was suspiciously close to the afternoon dress of princess Mathilde of Bavaria. Perhaps Disney’s Mary Poppins is the enchanted spirit of princess Mathilde.

Princess Mathilde lived from 1877-1906. She married Prince Ludwig in 1900. Prince Ludwig was the son of Princess Leopoldina of Brazil. He was raised in Brazil and likely danced the Maxixe in Rio De Janeiro. 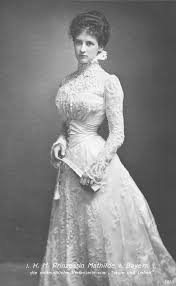 History of the Maxixe Dance

The Maxixe began in Rio De Janeiro in 1868 as a mix of polka and Lundu. This popular dance of lower class was denounced for its filthy and lude due to its hip movements of the entwined couple. In1880 Maxixe was promoted by middle class groups in theatrical presentations and in carnival’s balls.

By 1910, the same year the movie Mary Poppins is set in, the Maxixe hit its zenith of popularity. Mauriece Movet claimed that he brought maxixe from brazil to the world via Europe. Troy Kinney in 1914 claimed the maxixe was a revival of the (Victorian) two step and tango. Verne and Irene castle wrote about the maxixe in their book modern dancing “The steps themselves are not difficult; on the contrary, they are childishly simple; it is the easiest dance of all to do, and I think the hardest of all to do well.”

How to dance the Maxixe

Maxixe Steps (based on the writings of Vernon and Irene castle, and the dance sequence of Fred Astaire and Ginger Rogers in the movie “The story of Verne & Irene Castle. ) 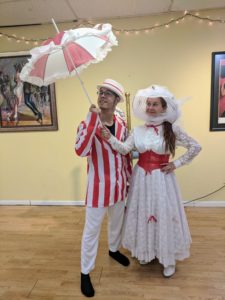 5 Single to skater’s position (like a galop or 8 count chasse) ending in shadow position lady on gentleman’s right side like skaters.

7 Underarm turn 4 count, marching on the beat turning the lady clockwise to end in Skater’s shadow position with the elbows elevated. 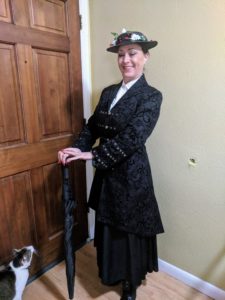 The song used in our filming was “Maxixe (dengoza)” by Percy Faith and His Orchestra, on the album Music of Brazil. 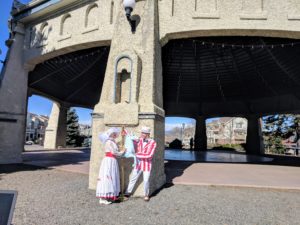 We filmed on location in the 1925 Elitch Gardens Carousel house. It is now the Carousel Pavilion, the stunningly renovated “house” of the 1925 carousel. Its dramatic structure has been restored with a beautiful labyrinth floor and Is the feature location for the maxixe demonstration at the beginning of our film. We are thankful to preserve this piece of Colorado history in our film. 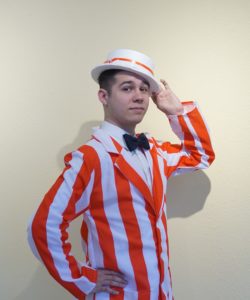 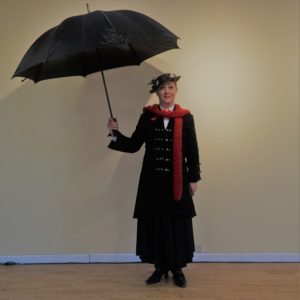 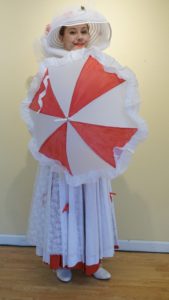