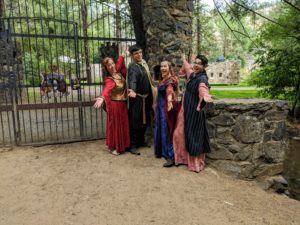 Aren’t elves elusive? These mysterious residents of the faerie realm dance in and out of lore, including Lord of the Rings (LOTR). I can just imagine the LOTR Elves dancing the medieval Basse dance, “La Dame”. 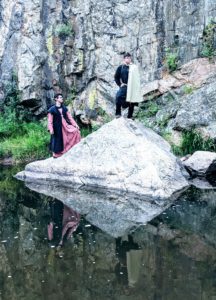 Elves are most often depicted in Celtic and Norse mythology full of song and dance. JRR Tolkien developed his elves based on the lore of both these cultures. In his books, Tolkien describes two types of elves. The first is a serious “medieval” type of elf, like Elrond and the wood elf king. The second is the vivacious singing, dancing and merry making elves of Rivendell. The movie versions of the Hobbit and LOTR elves reflect the serious “medieval” elves processing from place to place. 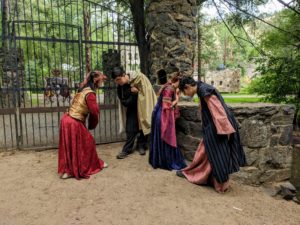 Solemn medieval elves would perform a medieval dance. The medieval Basse dance “La Dame” is the perfect fit for a solemn elf dance. Basse refers to a low, or non-jumping court dance with gliding steps.” The earliest record is found in an Occitan poem of the 1320s by Raimon de Cornet, who notes that the joglars performed basse dances. “La Dame” is a processional basse dance that was the predecessor to the renaissance Pavane processional dance. 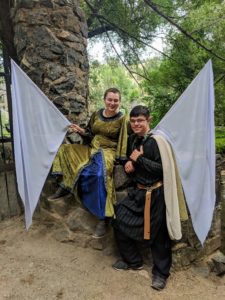 The bass dance “La Dame” has a triplet beat structure. The beat structure is 3 beats to each measure, more accurately counted as six (“one, two, three, FOUR, five, six”).  Basse dance generally uses five basic steps, each step (or pair of steps for singles) takes one measure. The recommended song for “La Dame” is “Jouissance vous donneray” but we used “Winter (Basse Dance)” by Blackmore knights 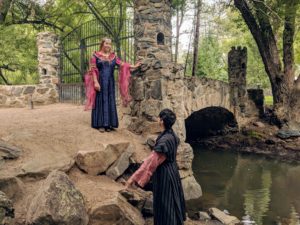 The very basic steps are: 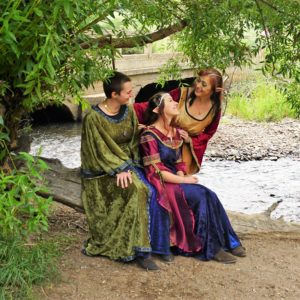 About our LOTR Elves dance

For this historically accurate princess dance, we filmed in the Idledale co forest outside Castle Dunafon for our Rivendell setting.  Our princess is Arwin of the Rivendell elves, with King Elrond, wife Celebrían and son Elrohir in the royal elf court. Thank you to: 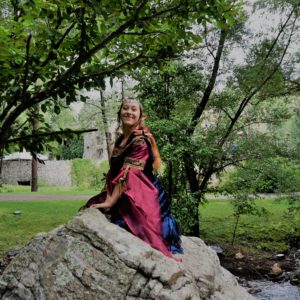 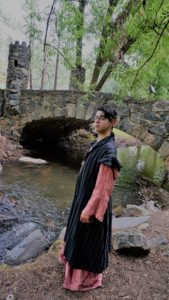 Noah Wells-Allirez as Prince Elrohir, and 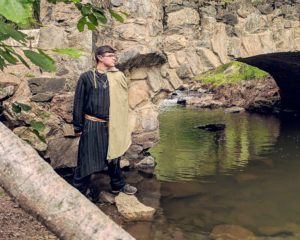 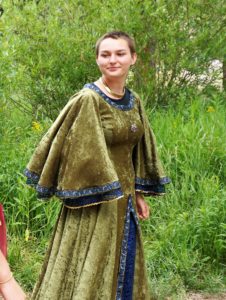 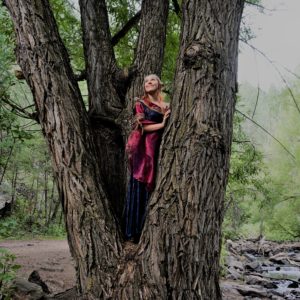 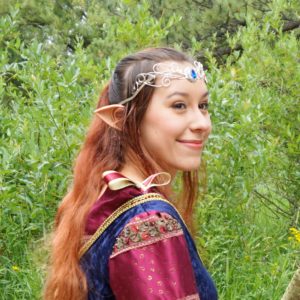 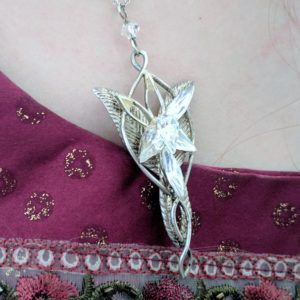 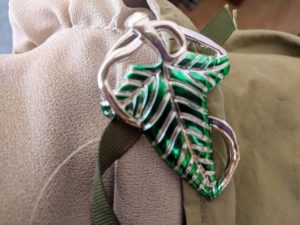