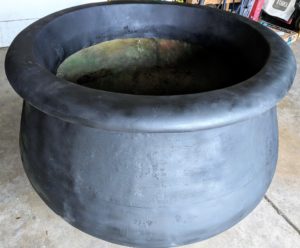 I have always loved princess stories. Lloyd Alexandre’s black cauldron was one of my favorite books growing up. So when I stumbled across the washerwoman branle (Branle des Lavandieres) I could not resist recording a historically accurate princess dance for Eilowny. 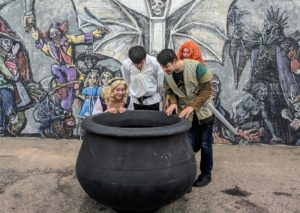 Branle’s were popular French country dances in the middle ages. They continued to appear throughout history. Shakespeare mentioned branle’s in “Love’s Labor Lost” “Will you win your love with a French brawl?” Charles ll of England made the branle so popular there that it became “even more common than in France.” 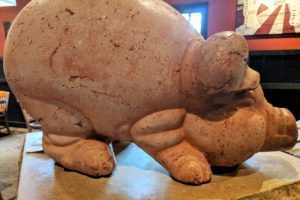 The washerwoman or Branle des Lavandieres is a mimed branle. It pantomimes the actions of a washerwoman doing the laundry on a riverbank. It was common to scold the washerwoman, thus the scold your partner section. The clapping was meant to represent the beating of laundry with paddles along the riverbank. 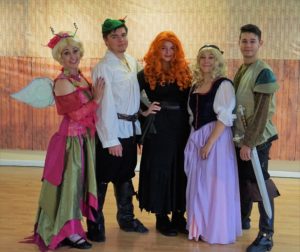 The Branle des Lavandieres was penned in 1589. It was included in the book “Orchesography” by Thoinot Arbeau. The name branle means to wobble or move sideways and often following a Basse dance. Lavandiers refers to washerwoman. Thus, the common name Washerwoman Branle. The song we used was the” Washerwoman’s Bransle” by The New Queen’s Ha’penny Consort.

Variations to the Elements 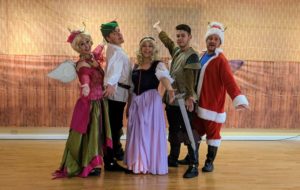 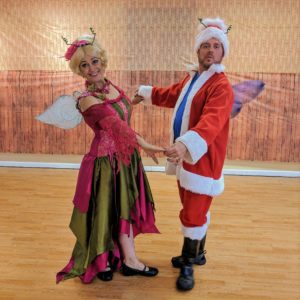 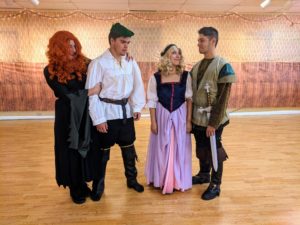 Simplified Variation for the Washerwoman Branle

Then black cauldron had a large cast of characters. For this production we dressed in costumes as the heroin, the forgotten Disney princess Eilonwy. Her hero, Taran, wielder of the ancient, magical sword Dyrnwyn. King Minstrel Fflewddur Fflam. Orwen, one of the Witches of Morva, who is in love with Fflewddur Fflam. King Eidilleg king of Fair Folk. The pink elf hussy who pleads with King Eidilleg to help Eilonwy and Taran. 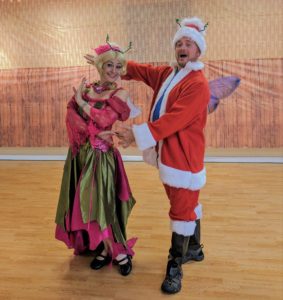 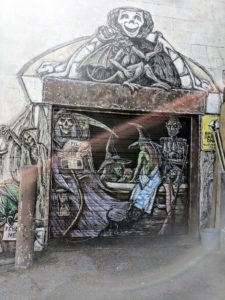 Greg & Chris Reinke dreamt up building a haunted house when their dad declined to teach them how to fish. In 1968 they opened their first “Mansion of Terror” for a penny per person. Greg would call out “prepared to be scared.” It was not long before St. Mary’s carnival contracted the dynamic duo to build a haunted house for their event, staring 50 yrs. of terror. They were voted top kid friendly haunted house in Denver. Moral of this story is teach your kids to fish.

Recently Steve Clark painted the Reinke Brothers ally wall to look like a creepy dungeon. It included a horned king, and witches in a cauldron. These were the perfect additions to our filming of the Black Cauldron. We were especially grateful to Clay for assisting us with moving the Reinke cauldron in the alley.