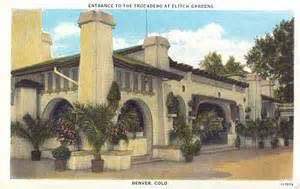 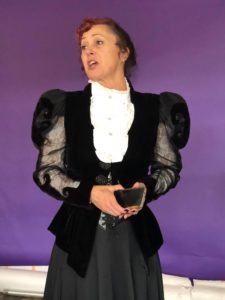 1939 marked the start of World War 2. It did not change the “Summer Home of America’s Biggest Bands,” where dancers came to swing and sway with Sammy Kaye or to jump to the boogie-woogie of the Dorseys. Songs like “In The Mood” hit the top of the charts and stayed there through the 1940’s. “Mambo Jambo” by Perez Prado also brought the Latin sounds of the Mambo (link) into the ballroom. Other artists jump onto the mambo scene with songs like “Papa loves Mambo” and “Mambo Italiano.”

Perhaps the only major bandleader who did not play the Troc was Glenn Miller, who was killed in World War II. Ironically the Trocadero ballroom was featured in the movie the Glenn Miller story despite Miller never playing there. You can see the Trocadero it in all its glory in this film to this day.

Fabulous 50’s at the Trocadero 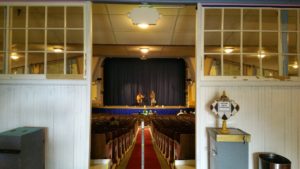 The end of the war issued in a new age of dancing. Rock and Roll was new, it was hip, and it was here to stay. A 33% federal tax on cabarets to fund WW ll put a pinch on big dance halls. With the closing of dance halls, big bands were jobless. New smaller rock bands were rising in popularity. The television was bringing American bandstand to the living rooms of modern teenagers. New moves were found on the airwaves every day.

New dances came with the new decade. The Swing was simplified to a single time rock and roll rhythm (link). America was ga ga for Cha cha (link). The Stroll was the popular dance mixer. A new animal dance the “bunny hop” (link) bounded onto the scene. The lindy hop morphed into the white man’s sophisticated west coast swing (link). 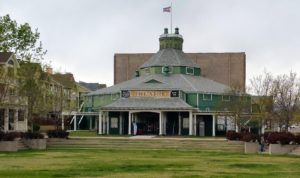 By the 60’s Ballroom dance had fallen out of favor. Rock concerts were more popular than public dances. Bop and rock dancing in nightclubs had replaced the sophisticated ballroom dancing. Line dances and solo moves were a big thing in the 60’s. Chubby checker had everybody doing the “twist.” There was also a new rise in animal dances like the pony, the monkey, and the dog.

Bossa nova was the hot Brazilian dance for nightclubs. Fania records was promoting a new market in Latin artists. Their artists were Celia Cruz, Tito Puente, and Santana. Mambo was out, and Salsa (link) was in. These were the remaining partner dances after solo steps mostly replaced couple dancing.

Jazz at the Trocadero

Disco was the rage in the 70’s. Born at the Loft Night Club in New York on Valentine’s day 1970, it gave rise to partnership dancing again. Two could have more fun exploring steps together and the band was once again there to play music that showcased the dancers. Dances like the Hustle (link), Disco Swing, LA Hustle and the Bus Stop Burst onto the night club dance floor.

The End of the Trocadero

But the 70’s were not so kind to the Troc. Dancers were no longer coming out to spend an evening of theatre and dance. The glittering pavilion of soft lights, music and romance was coming to an end. By 1975 the Gurtler’s proposed closing the Trocadero ballroom. The public was mortified. There was record turnout for the last performance featuring Wayne King. Shortly after the Trocadero Ballroom was torn down, ending 58 years of music and dance.