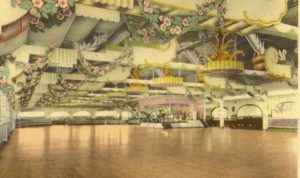 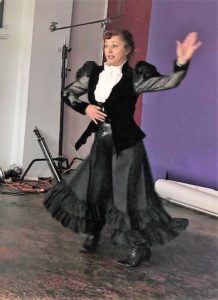 John and Mary Elitch founded Elitch Gardens on May 1, 1890. Elitch Gardens was the place you went to have good, wholesome fun. The “Lady of the Gardens,” loved children, though she had none of her own. While Mary ran the garden on Tuesdays she offered classes in folk dance (link) and ballet to the local children. Mary had a bear that would break into a waltz (link) every time the band struck up a lively tune. Popular dances prior to the building of the Trocadero room include the Victorian Two Step, Waltz, Polka (link), Tango (link) and Maxixe (link). She also included the animal dances of the Ragtime Rra included the Turkey Trot (link), Bunny Hug and the Foxtrot (link). 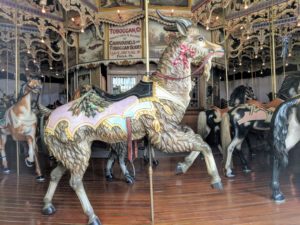 With the popularity of Ballroom dance in the early 1900’s dance venues were popping up all over Denver. The Rainbow Ballroom in the Denver and Lakeside amusement park offered public dances. The Trocadero Ballroom was built in 1917 after John Mulvihill bought the gardens. It featured a 150-foot-long dance floor over horsehair, so patrons felt like they were dancing on air. Around the dance floor were four rows of stadium seating and a lighted sign would let dancers know what dance was coming up next.

Etiquette at the Trocadero 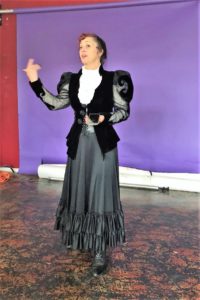 The Trocadero was a fun place for a wonderful date. You could go to the theatre then stay to dance the night away at the Trocadero. Parents didn’t worry about teenagers going to the Trocadero. It was a safe place with constant supervision. Dress codes were enforced. Gentlemen wore a coat and tie, ladies a dress. The crowd was monitored by floorwalkers. The floorwalkers had the authority to rebuke or remove you for bad behavior. Dancing too close? Not allowed. A little tipsy? Out you went.

Historic Dances at the Trocadero 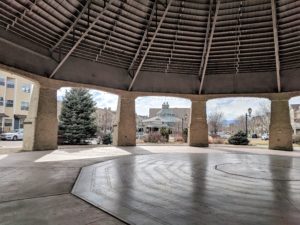 The Trocadero quickly became the place to dance in Denver. Local bands were the first to inspire dancers to Foxtrot, Waltz, Polka, and One-step/Peabody (link) around the floor.  One of the first local bands to play was the Johnny Hopkins Orchestra and Vick Schilling followed him. Pre-World War 1 dances had fallen out of popularity. The ragtime dances like Grizzly, Bunny Hug, and Turkey Trot were a thing of the past. It was as if they were from another era.

Trocadero in the roaring 20’s 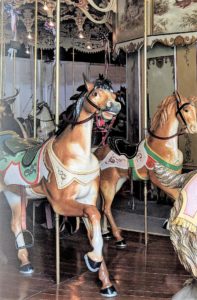 The 1920’s ushered in a new era with women’s rights to vote, shedding of the corset, and the shortening of the skirts. New more liberating dances were entering the ballroom. The Foxtrot survived and thrived as did the new Slow Waltz (link). The Tango (link) craze started again in 1921 with Rudolph Valentino dancing in the Four Horsemen of the Apocalypse. The Brazilian Samba (link) craze started in 1922.

The most iconic dance of the roaring 20’s was the Charleston (link). It took off in 1923 musical “Running Wild.” Girls who danced the Charleston were called “Flappers” because they flapped their arms while dancing. Short hair and short skirts fit the Charleston craze.

Elitch’s & the start of MCA 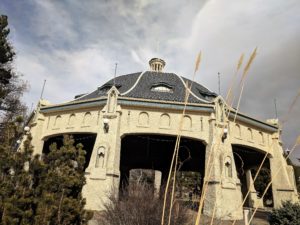 By 1924 Arnold Gurtler traveled to Chicago for a meeting of the International Association of Amusement Parks. He wanted to find out what other amusement parks were doing for their dance pavilions. Arnold found out that they were employing traveling bands from other cities. He approached Jules Stern about booking bands for the Trocadero. Stern initially refused, but Gurtler suggested he become a booking agent. In 1924 Stern incorporated MCA, Music Corporation of America to book bands. You could say it was Elitch Gardens that gave birth to the MCA corporation.

Beginning of the Big Bands at the Troc. 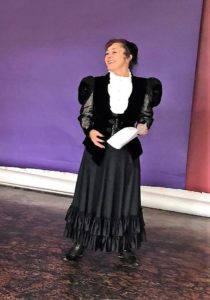 With MCA in place to provide traveling bands, it marked the beginning of the big band era for the Trocadero Ballroom. The Trocadero ballroom became a favorite stopping point for bands traveling between Kansas City and California. Bands who loved to play at the Trocadero from the 30’s-50’s included Harry James, Les Brown, Guy Lombardo, Stan Kenton, Gene Krupa, Benny Goodman, the Dorsey brothers, Tex Beneke and Lawrence Welk. On Sunday nights for 30 years KOA Radio would broadcast “An evening at the Troc.”

The Trocadero Ballroom weathers the Depression

The stock market crash of 1929 ended the jazz age and began the great depression. Bad times still brought out record numbers of dancers eager to escape their misery.  Dances like the Lindy Hop (link), Jitterbug, Rumba (link), Bolero (link), Fandango, and the Paso Doble (link) found their way into the ballroom repertoire. Big bands brought to life songs like “the Peanut Vendor,” for the Rumba and, “Begin the Beguine,” for Bolero to dance to.