Viking Fire Dance How to with L.O.T.R. Dwarfs 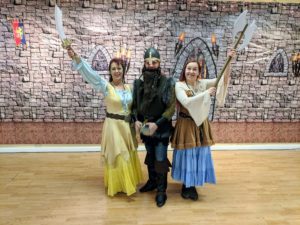 It is so exciting that a new Tolkien book has been released this year. I could dance for joy! Perhaps a Viking fire dance fit for Hobbit & L.O.T.R. (Lord of the Rings) dwarfs! 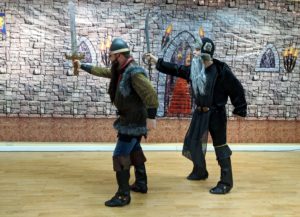 Dwarfs are both real and legendary. Dwarfism is a real condition that affects 1 in 40,000 children. In the fairy tale Snow White, the dwarfs were children whose growth was stunted by working in the mines. In Mythology dwarfs are predominant in German and Norse cultures. Dwarves are the ancient predecessors to the dwarfs. 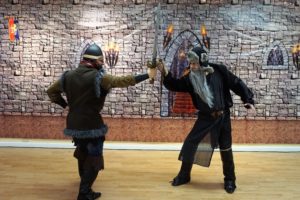 JRR Tolkien drew on ancient mythology for each character. His dwarfs draw from the Norse mythology of the Vikings. You could say they are short Vikings. When I was asked to do a presentation at Westercon on the dances of Middle Earth (link), I drew on traditional Viking dances for Lord of the Rings dwarfs. 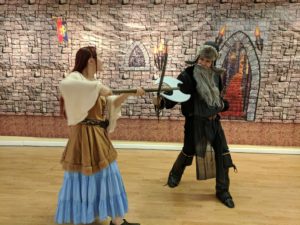 The dance I researched for Tolkien’s dwarfs was an ancient Viking dance. I found the re-enactment at the Viking museum in Norway. It is like other medieval branle (brawl) dances. The song I used for this demonstration was recommended by the Norwegian Viking museum. It is “Tryzna” By Stary Olsa. The pattern is not complicated.

Viking Fire Dance How to with LOTR Dwarfs 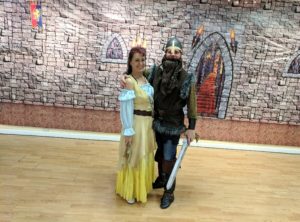 Our film location was at Adventures in dance. Located in in the Woodlawn shopping center in what was once the old Fox Movie Theater in historic Littleton Colorado. Follow the stairs to the super-secret second floor where Adventures in Dance has its home. 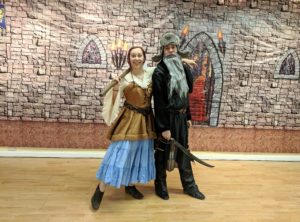 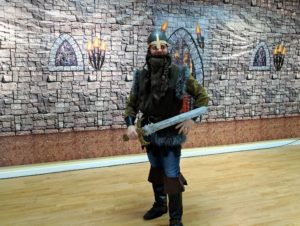 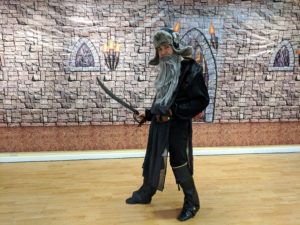 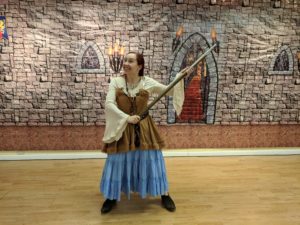 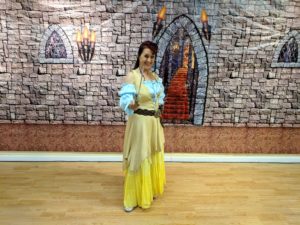