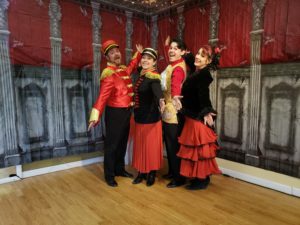 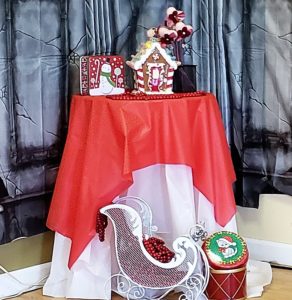 In the Victorian era it was difficult to get products from around the world. So, treats from distant lands were special and rare. One of those coveted treats was the Spanish chocolate.

In 1528 Cortes returned to Spain with cocoa beans. Chocolate soon became highly appreciated by the Spanish high society of the sixteenth century. The ladies of the nobility considered it an exotic treat, drinking it secretly seasoned with various spices such as cinnamon. From then on it could be said that “for the Spanish chocolate is what the tea is for English.” Chocolate became the national symbol of Spain. 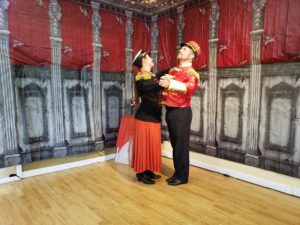 The Spanish were not just famous for their chocolates. The influence of the fandango rhythms in 3/4 time caught the attention of Victorian era composers. Spanish influenced waltzes were being composed throughout Europe. So much so that the Spanish Waltz rose to popularity.

The Spanish waltz was a popular Victorian dance mixer. The name “Spanish” is not in reference to Spain, but to popular Spanish sounding Waltzes played in the 19th century. The first publication of the Spanish Waltz was in 1841 by Huestis. By 1847 the “New” Waltz right box replaced the Promenade before progressing to the next square.  The popularity of the Spanish Waltz peaked in 1861 during the Civil War and disappeared by WW1.

How to Dance the Spanish Waltz Dance Mixer 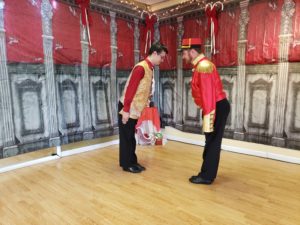 Formation:
Sets of two couples facing each other, one couple facing along LOD, Line of Dance, and another facing against LOD. Couples in open position, holding inside hands. (Introduction) Honor Partners with curtsy and bow. 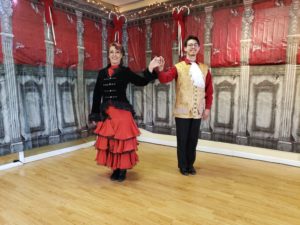 1) On first foot (his left, her right), balance forward and backward 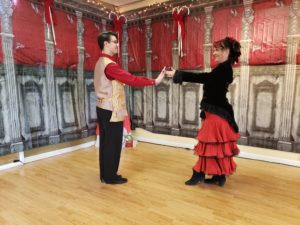 2) Taking inside hands with opposite (his right, her left), outside (arch)under arm  turn to change partners, stepping back to place 1/4 around the set (1/4 to his left, 1/4 to her right) 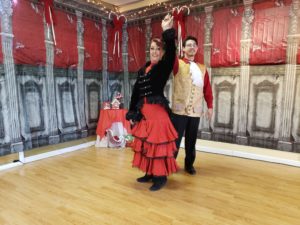 (9 – 10) All right-hand star Clockwise a full rotation (360°), with an additional solo rotation Clockwise on the fourth bar to take left hands for left-hand star. 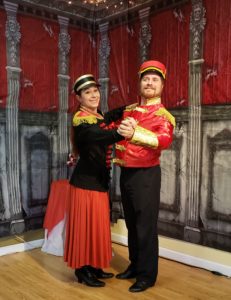 8 bars: Waltz (new waltz natural or Right Box) once and a half around opposites and continue on to meet the next couple approaching from the other direction (couple 1 now dances with couple 4, couple 3 with couple 6, etc.). Once you have completed section 3 begin again with section 1 and repeat the sequence until the dance has concluded. 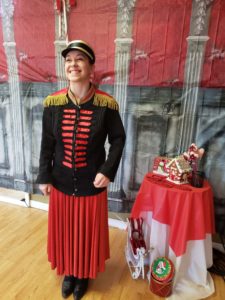 Copying military fashion came and went throughout the Victorian era. The Doleman fitted military jacket came into fashion during the Crimean War and American Civil War. by the late 1880s and through the 1890s, dolmans were tailored much more like a military tunic, with tight-fitting body and sleeves. The contemporary “Nutcracker and the four realms” featured the military dolman fashion for Clara. 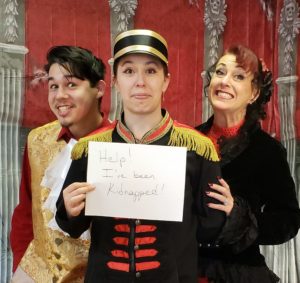 Filmed on location at Adventures in Dance on the super-secret second floor of the Woodlawn shopping center in what was once the Fox movie theater. Adventures in dance is in historic Littleton Colorado.  The song we used was the “Spanish Chocolate” movement by Tchaikovsky.