Nutcracker Victorian Grand March How to 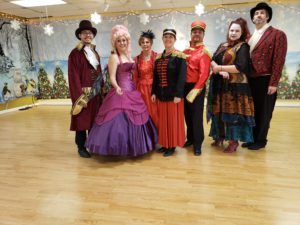 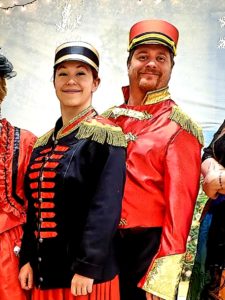 A grand production needs a grand entrance. The Nutcracker has many grand scenes, but none as grand as the March in the opening act. Tchaikovsky knew that in the Victorian era it was popular to begin a ball with a grand March. Therefore, Tchaikovsky wrote one to kick off the ball at the beginning of the Nutcracker ballet.

History of the Grand March 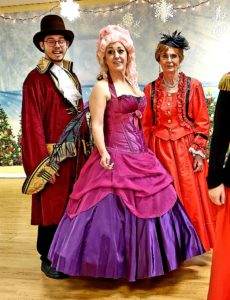 The grand march became a popular beginning to any ball Victorian by 1855. Dancers would parade around the room arm in arm in simple formations led by the dancing master. It was an opportunity to see other guests and be seen. When there were not enough guests present to begin the grand march, a waltz would open the ball and the march would follow. 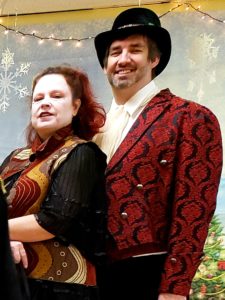 As time wore on many variations to the Grand March were developed. Marches included the march in file, the arbor march, the Serpentine March, and more. Following the grand march dancers would join in a waltz.

For the Nutcracker and the four Victorian dances I choose two marches to demonstrate. The March in file, and the arbor march. Both marches used were described by Wehman Bros., published in their dance manual from 1881. The song we choose was the March from act 1 of Tchaikovsky’s Nutcracker Ballet recorded by You-tube music.

Below is a direct excerpt from the Wehman Bros. dance manual.

“The leader heads the line of march up the center of the room. Reaching the head he turns to the left and his partner to the right; the gentlemen follow him and the ladies his partner. When the leaders reach the bottom they pass each other, the line of gentlemen going around the room on the outside, the ladies on the inside, and in the opposite direction. When the leader meets his partner at the top of the room, they march together around the room, followed by the others.” 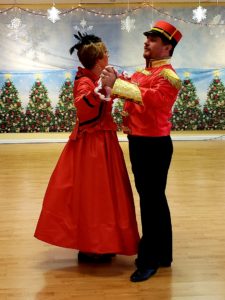 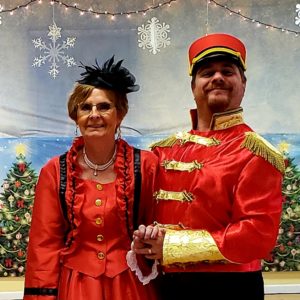 Below is a direct excerpt from the Wehman Bros. dance manual.

“This is a well-known and pleasing figure. All march around the room in regular line. The first couple join right hands, stop and raise their hands, forming an arch. The second couple pass underneath the arch, the gentleman first, and form another arch; the third couple pass under both, and also form an arch, and so on, each couple passing through the arches ahead of them in turn, until one continuous arch has been formed. The first couple (now in the rear) their pass through and out at the front end of the arbor, followed by each rear couple in succession, until the arches have all disappeared. If the number of couples is large, the first couple can follow the last couple at once under the arches, and repeat the arbor as long as may be desired.” 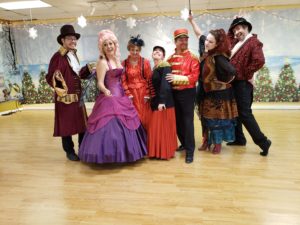 We filmed on location at Adventures in Dance on the super-secret second floor of the Woodlawn shopping center. This space was originally the Fox movie theater. We decorated for the winter realm and had members of the Denver Victorian and Steampunk society join us. Thank you to all the volunteers who made this happen. 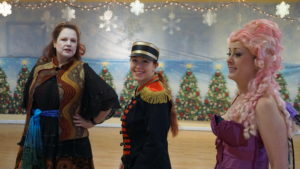 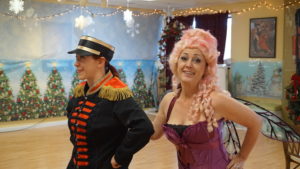 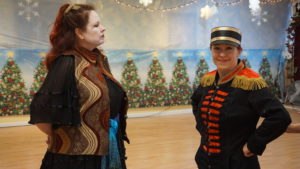