Dancing at the Steampunk Soiree 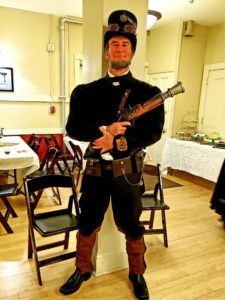 Steampunk is defined by the Ministry of Peculiar Occurrences as, “Steampunk is modern technology—iPads, computers, robotics, air travel—powered by steam and set in the 1800’s.” A Secondary search defines the timeline as the Victorian era up to the end of the Edwardian era preceding WW1. That leaves a plethora of dances that fit for a Steampunk Soiree. 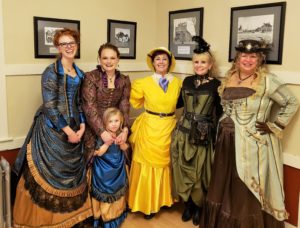 Dancing should be as creative as the steampunk. The round dances of the Victorian era fit this bill perfectly. The set dances were diminishing in popularity throughout the Victorian era as the Waltz (link) and Polka (Link) ruled as king and queen of the era. You could almost say that every dance either tasted like waltz or polka. The Brazilian Maxie (Link) from 1868, and the Parisian Apache Tango (Link) from 1900 both incorporated the polka step. If you can dance the Waltz & Polka, you can dance anything. 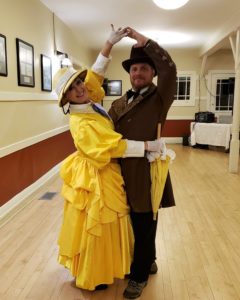 Tying together old and new, I peppered quadrilles and called dances between sets of Waltzes (Link) and Galops (Link -predecessor to the Polka) It became more popular throughout the Victorian era to incorporate round dances into the end of Quadrilles. 3 out of four publications of the Spanish Waltz mixer (Link) ended with 8 bars of waltz. So, I used mixer dances that had these elements to tie together old called dances with the new round dances. 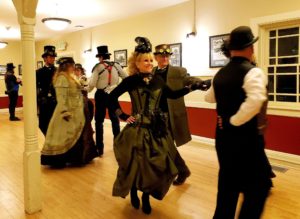 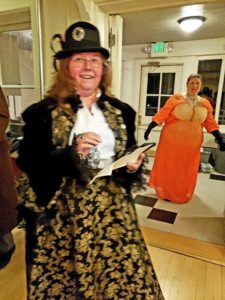 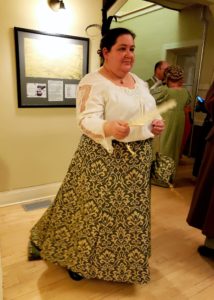 The Denver Victorian and Steampunk Society were a delightful group. I had a great time teaching them to dance for their Steampunk Soiree. They hosted their Steampunk Soiree on Saturday January 26th at the The Molkery Montclair Civic Center. Built in 1888, The Molkery was part of Baron Von Richtofen’s elaborate Denver estate, and intended as a health spa for suffers of tuberculosis.  I look forward to repeating this event. 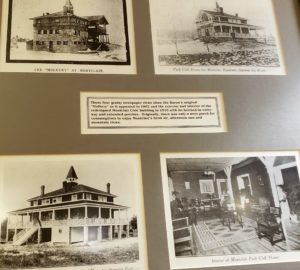 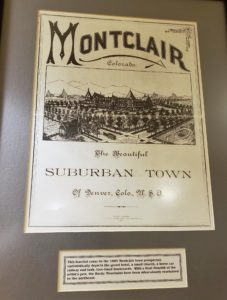 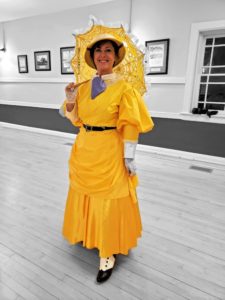 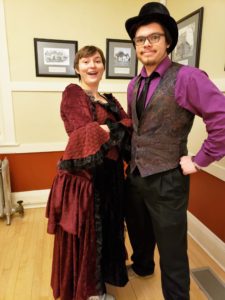 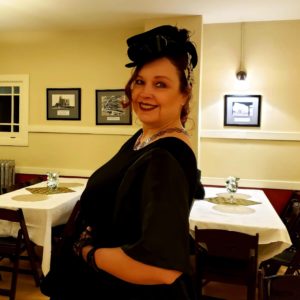 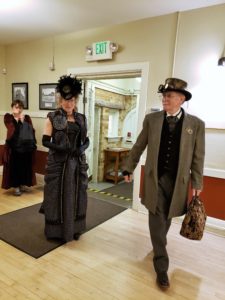