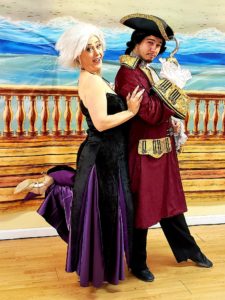 Don’t you love watching the Disney princesses dance? Since 2015 I have researched the historically accurate dances for popular princesses. But what about the villains? What would Villains dance? When I was invited to make a dancing with water challenge, two Villains came to mind, Ursula and Captain Hook. What fun to look at villain dancing options. 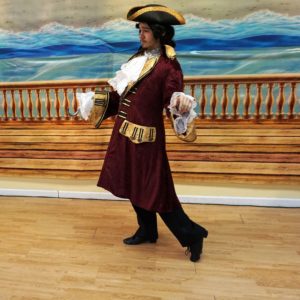 King of the seven seas Captain Hook rules the skies. Hook is said to have served under the pirate Blackbeard where he excelled at villainous piracy.  Thought dancing was most useful when seas were calm, Royal Navy Captain James Cook (1728-1779) made his crew dance to keep his men in good health during a voyage. Certainly, the Peter Pan pirates liked to sing and dance. I opened my dancing with water (on the water) with the sailor shuffles from our Jive (link) routine. It bears a resemblance to the traditional Celtic Hornpipe dance and may have descended from this dance. 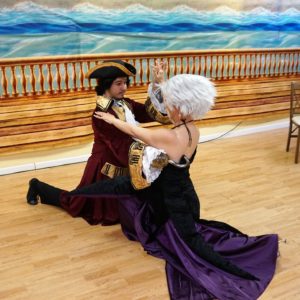 Princess Tiger Lily danced the Apache Tango (link) with Captain Hook for my historically accurate princess dance. The Apache tango is what Rudolph Valentino launched his silent film career with in four horsemen of the apocalypse (link). We took pieces from the original footage of Rudolph Valentino to build our villain tango and combined it with the original Apache Tango (link). 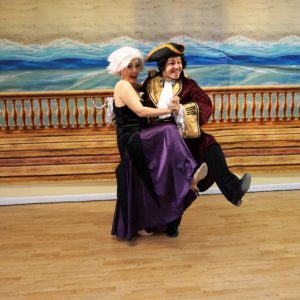 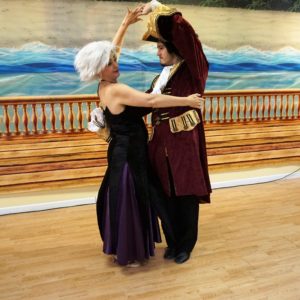 Goddess of the sea Ursula makes a deal to join Hook for a spin around the deck. Sister to Triton and daughter of the god Poseidon, the Sea Witch is an artful negotiator and has the perfect hook for our Captain. We took a turn with the Victorian French Pirouette waltz (link) for our lovely Cephalopod. 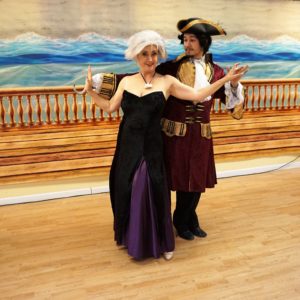 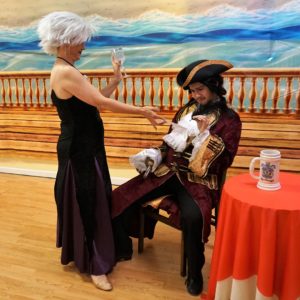 In the end, Hook got what he wanted, and Ursula sealed the deal. We had a great time putting together these historically accurate villain dances. Thank you to William Hooker for dancing as Captain Hook. I hope to have to opportunity to do it again. 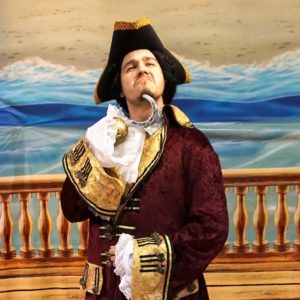 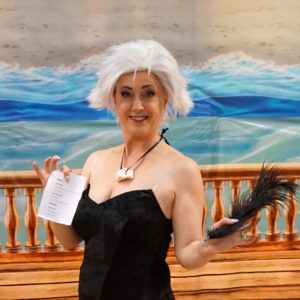 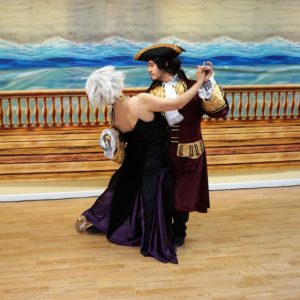 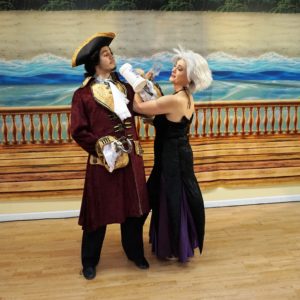 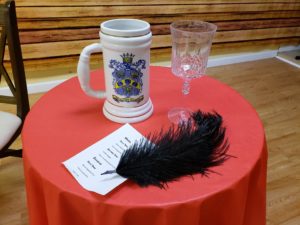