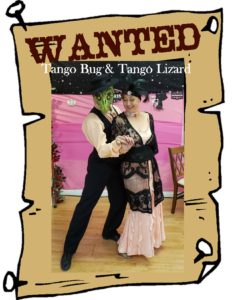 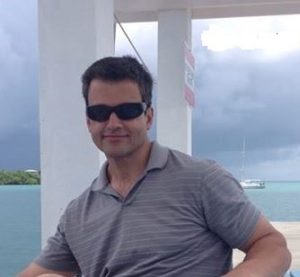 On TANGO CULTURE: One hundred and eight years of tango in the US – Part 11:

Tango was losing steam in 1916. Adding to that downward momentum, a very clever article was published in March 1917 by Nixola Greeley-Smith [1]. It ranks among the most viral ones I could find about tango in that decade. Perhaps just for shock ef-fect, this is how Greeley-Smith decided to kick things off:

“Benjamin Sternberg, “tango lizard” is in Tombs Prison formally charged with the murder of Mrs. Elsie Lee Hilair, […] This fact must not be taken to indicate that there was one lizard less in the Broadway tango parlors yesterday, nor that the number of married women exposing themselves to the fate of Elsie Hilair has been diminished by the murder at the Martinique (Hotel)” Tango Steps, Sharing Tango Events for the Great Plains Since 2007, © 2019 Lincoln Tango Club 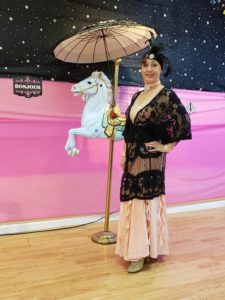 The article goes to great lengths to describe the “sordid spectacle” offered by bored mar-ried women, who are also depicted as “tango bugs” i.e., easy prays for the sleazy lizard. But how repugnant was this new type of reptile?

“He is pale, ill-made, with the hips women used to have before the straight silhouette came in. […] Many of the women I saw with tango lizards were obviously wives of business men, […] now heavy with alcohol.” 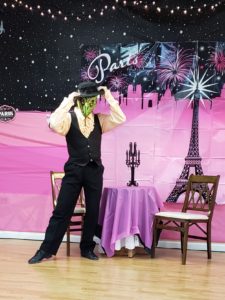 I believe you get the picture. The tango lizard did not earn an honest living during business hours. Tango teas offered an ideal setting for his con. He was portrayed as a cowardly parasite of the worst kind in the 1910’s: one who could threaten the institu-tion of marriage. The “bug” was naïve, and therefore partially exonerated. The hard-working family man was the ultimate victim, and to make things worse the predator was an androgynous reptile. Eventually, the New York police started rounding them up, and other cities followed suit. Tango-lizard blackmailers hit the front-page news in Chicago:

“State Attorney’s Hoyne today began an investigation into the report that the “million-dollar” blackmail gang has shaken down five Chicagoans, among them two society women, who had fallen into their hands through the lure of the loop tango parlors.” [2] 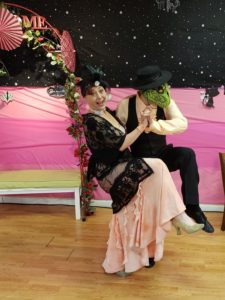 I cannot say with certainty if Greely-Smith actually coined the term but the fact of the matter is that within months -as we anticipated earlier in this series- it became one of the worst insults one could utter during a time of war. It had not appeared in the press before March 1917, as deep as I could dig into the matter.

The German military had allegedly called American men “tango lizards”. It was a staple of incendiary sermons. Impact-wise? In 1917, 3.9% of the times the word “tango” was printed, it had “lizard” written immediately after. This is in the ballpark of Vernon Castle’s statistical tango popularity in 1914. For mere amusement, we could extend this part of our series by citing a number of additional colorful references. We will not do so, as a bit of that was already done in a past TS issue. 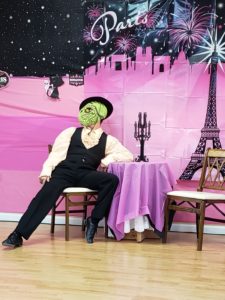 But a key point to be made here is that tango lizardry only added to a good number of other factors that contributed to the decline of tango after 1915. The use of the term surged in 1917, but fell exponentially within one decade. It is fascinating though, to see how it probably served as a catalyst for the vernacular “lounge lizard”. The latter seems to had been

used only once in newspapers (October 1916) before its cousin’s appearance, but surged into a steadier wave in its press usage after Greeley-Smith’s piece.

Back on topic: Besides prejudice, why did Argentine tango turn off so many folks?

This was said by none other than Mr. Influencer, Vernon Castle, in an extensive article. In that newspaper piece he presented what was branded then as the “Castle Tango”, an innovation that supposedly brought the Alexandrian library of steps in Argentine tango down to a set of six as “sufficient basis”.

Too many Tango Steps

It is highly unlikely that the Argentine tango of the 1910’s, barring Frenchified and Americanized improvisations, consisted of 160 steps. An interesting column from a Paris’ correspondent to The Observer indicates that Argentines teaching it in Paris at the time may have suggested a number of steps approximately one order of magni-tude smaller than that, which included “cortes”, “paradas” and the “media luna” [4]. Clearly, someone in Vernon’s homeland was realizing that the matter was not as in-tricate as he wanted his pupils to believe.

“There is nothing similar in the tango and these one-step exaggerations, the real tango being in itself a highly proper fancy dance and one so complicated that only the best and most artistic of dancers can execute it.” [5]

This was said by Mrs. Fannie Faulhaber, reportedly a well-known dance instructor in the Boston area. It is interesting to observe these US-based instructors in the mid 1910’s suggesting that tango was way too complex for the average mortal, while failing to recognize that -as some of their colleagues reasoned later- the beauty behind it was not based on some NFL-size playbook. Besides, many of the good tangueros in Argen-tina back then had no real terpsichorean background. It is also conceivable that as good as these instructor-dancers were, they just didn’t “get it”. Even back then, it probably was more about partner connection than steps.

“There are two major objections to the tango for Americans, according to Trimp -first, a great part of its attractiveness lies in the manner of execution rather than in mere foot movements, and American dancers generally are too much in a hurry or too careless to develop this finesse; […]” That sounds like timeless advice to me, and not just for “Americans”, of course.

“Anybody Can Trip the Tango Nowadays” an article from the Miami News said. It was published in the early twenties [7]. The piece explains how the problem was appar-ently solved by a draconian simplification of what the writer thought the old tango was into a new style. The times when leading instructors wanted to force a megadose of purism down the dancers’ throats were a now distant memory:

“There should be established municipal boards of censorship for dancing. Their laws should be most rigid. This censorship board should put a ban on all ragging and all corrupt tangoing. It should prohibit any dancing except the real tango. In this way we should secure the establish-ment of a permanent universal tango.” [8]

Said Maurice, who -in all probability- would not have liked to have Casimiro Aín and “El Cachafaz” as the Grand Inquisitors of his ambitious project.

The “Brooklyn boy” proposed an extreme, uncompromising solution to get it right, one that could never be sold in the Land of the Free.

After reading Binda and Lamas’ book [9], one that for its sheer volume of historical data I learned to appreciate more than Vega’s [10], the Bates brothers’ [11] and Thomp-son’s [12], it became clear to me that the press-controlling “Argentine smart set” of the 1900-1915 period spent more time denigrating tango than lauding its potentially cool traits.

But there was no confusion as to what tango was to musicians and the middle class, and both groups were driving the sheet music and emerging recording industry markets. The well-to-do folks not interested in tango could throw all the tantrums that they wanted. Big deal. Their object of hate was slowly becoming an immutable one. In the US, different “smart sets”, musicians, and instructors have different ideas as to what tango was, and the strategic consumers -the middle class, who were moving their feet en masse– were left scratching their heads. There were no tango roots in the US to withstand a confluence of strong entropic forces.

Given that we have already taken a look at the US tango bubble of the teens, it would be fitting to ask ourselves: where are we now? Tango became a $3B/year global industry by 2006, but only a meager 10% of that was being generated in Argentina [13]. That, in turn, primarily came from international tourism [13]. Maybe tango is becoming a different thing with such an overwhelming non-native influence and in that way, ce-menting its global status for the long haul. It certainly doesn’t look like the tango I saw 40-50 years ago in Argentina.

Use of Argentine Tango in books

Perhaps you are feeling inclined to investigate the frequency of use of the “Argentine tango” binomial in the American press and books over the past 30 years. I did it in various different ways. It does not fare very well when compared to “West Coast” or “East Coast” swing, or “Latin Dance”. Are we in another “bubble” then, one that’s developing in slow motion? We shall see. But tango has proven too resilient to be ex-cised from its birthplace (yet).